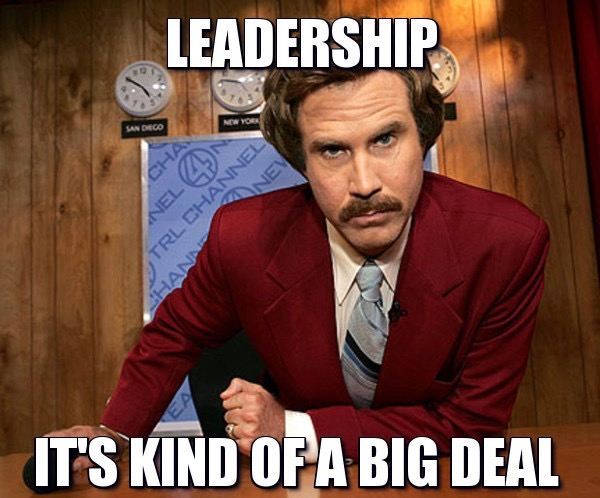 Fortunately (for me) I don’t need President Donald Trump or Governor Pete Ricketts to tell me that what happens in my classroom or school is important or special.

Luckily, I work in a school where (overall) parents, admins, colleagues, and, most importantly, students value what we do and where we encourage each other to do what we do.

But it is problematic when people in powerful positions show a disregard for public education. Political leaders set the tone and influence attitudes of their constituents. That’s what makes Trump’s lack of regard for these teachers and their families a problem.

However, I’m not going to let his flippant attitude toward the top people in my field stop me from doing what I do, and I can’t imagine it stopping any of my colleagues from doing what they do. Not every teacher works in a school like mine and not every student attends a school like ours. I’m not saying “my school is the best” because I don’t know what “the best” is; I’m just acknowledging my fortune (and privilege) to be where I am.

Via social media, one of my former students* asked me why I was upset about what Trump said. I’m not, but I am surprised at his lack of substantive remarks and overall attitude toward public education though, and I do see that as a problem. (Actions speak louder than “remarks”.) As for Ricketts, his office just produced a press release that disparaged our profession (in my opinion) (even though it was more directed toward the teacher’s union).

My point in writing this is that I’m not going to whine and cry because Trump didn’t rise to the level of decorum that previous presidents did for teachers of the year, but I am noting it. We do what we do for the students we serve, not for any potential honors it might win us.

This is just another example of how self-centered Trump and the people he surrounds himself are. He’s not alone though. I think it takes a certain level of self-centeredness to enter politics (as a generalization–there are, of course, exceptions). Everyone will have a different view and have different reasons to be offended … or not.

If one was to read the “remarks” without knowing what the general atmosphere was like (according to teachers and family members who were there) what Trump did/didn’t do doesn’t sound SO bad.  In fact, overall, it might even sound “nice” or just “awkward” (and it’s not just Trump–it’s the people he’s surrounding himself as well making decisions to keep the teachers’ families in a less-than-comfortable atmosphere); it’s just when you match up this downgraded event (in comparison to previous years’ events) with other actions taken (think dept of ed, for example) that I have to make a choice between getting all sad and whiny and potentially allowing it to affect my teaching, OR to disregard it, pull up my britches, and teach.

I AM worried about the teachers on the edge of giving up though because I know many are and we need good people to stay in the profession.

I AM worried about young people who are on the verge of choosing a career who might hesitate to enter teaching in this climate–because we need good people to replace those who are leaving.

But this worry sure as hell won’t stop ME from teaching. I reject Trump’s and Rickett’s attitude toward my colleagues across the nation and toward me, and if you need me, I’ll be preparing to finish out this school year on a high note, despite how Trump or Ricketts feel about public education.

The main thing that gets in my way as a teacher IS politics, so I will continue to challenge the system in my own quiet way and teach and reach kids in the best way I know how.

I choose to forge ahead!

*One of the BEST things about social media is that I get to continue to engage with former students. This student and I do not align 100% politically, but we had a civil conversation about this topic.